Programming or simply coding is the most in demand skill to get a decent job in 21 century. You have to learn it whether you have a background in computer or not. Programming and software is everywhere.  The top giant companies are the result of the programming and coding. You can see facebook, google, twitter and similar popular platform are created by developers by their outstanding programming skills. Programming accelerates your mind and it’s the best tool which always keeps your mind in a running condition. Here I am listing top 5 programming languages you should learn in 2018 if you need a decent job or you want to make your own product to0.

Python is easy to learn and many of the introductory courses in US are shifting towards python. The popular platforms google, Youtube, Reddit, Spottify, Quora and many other are made up of python. The future possibilities are limitless with this programming language as you can use machine learning to do cool stuffs. The average salary of python developers is 116000$ a year.

Javascript is an awesome programming language. It is very popular language and little bit difficult as compare to other programming language. You can run it anywhere even in your web browser consol. Popular sites such as facebook, CNN, amazon and much more use JavaScript. Currently there are many frameworks of javascript which makes it simple to learn. The average salary for javascript developers is 110000$ a year.

ROR is essentially the programming language RUBY but when we combine a web development framework to this people called it Ruby on Rails. Ruby on rails is used to developed web applications such as ecommerce stores and something like twitter. It is very easy language and the learning curve is pretty simple and forward. Its syntax is like normal English which makes it easy to learn. Ruby average developer salary is 74000$ a year.

Swift is the programming language that is used for IOS apps which are run by ipads ipod and iphone. So you will be able to make native IOS apps using swift. The average IOS developer salary starts from 80000$ a year. The future of swift is bright so it will be a better choice for you to learn it and become an IOS app developer. 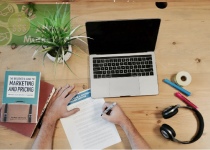 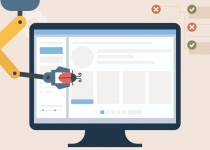