However Artificial intelligence is not restricted to machine learning and deep learning , it covers a  vast domains and fields  including  natural language processing , object detection , computer vision , Robotics and  expert system.

AI can be structure along three evolutionary stage or you can say that there are three different type of  Artificial intelligence .

Artificial narrow intelligence  (ANI) which is  also known  as week AI involves applying AI only to specified task, The many currently existing systems , that clams to used AI operating as a week AI focused on  a narrowly define specific problem, Alexa is a very good example of   narrow Artificial Intelligence. Its operate  with in  a limited pre-define range of functions ,that is  no  genuine intelligence or no self-awareness despite being a sophisticated example of week AI. The face verification that you can see  in you iPhone , the autopilot feature at tesla, the social humanoid Sophia, which is built at Hanson robotics  and finally google maps all of these  applications are based on week AI or Artificial  Narrow Intelligence.

Artificial general Intelligence  is also know as strong AI, involves machines that posses the ability  to perform  any intellectual  task that a human  being can.

You see machine don’t possess  human like abilities, they have a strong processing unit that can perform high level computation but they are  not yet capable  of thinking and reasoning like a human. There are many  experts who doubts that Artificial general intelligence  will ever be possible and there are also many who question whether it should be  desirable.

Stephen Hawking warned us that Strong AI would take off on its own and redesigned itself  at an ever increasing rate , human who are  limited by slow biologicals evolution , couldn’t compete and would be superseded.

This is the term  that refers to the time, when  the capabilities of computer will surpass humans beings. ASI  is presently seen as hypothetically  situation, as depicted in movies and  science fiction books, where machine take over the world. However the tech master mind Elon Musk believe that ASI will take over the world  by the year 2040.

How Artificial intelligence is used in real world,  from spotting and eight planet solar system, which is 2500 light year away to composing sonnets and poem , the application of AI cover  all possible domain in Market.

Google AI  Eye doctor is another initiative taken by google,  where there they are working with an Indian eye care chain  AI system , which can  examine  retina scan and identify condition  diabetic retinopathic, which causes blindness.

AI is used for face  verification, where  machine learning, deep learning concept are used to detect facial feature and tag your friends.

Twitter AI which is being used to identify hates speech and terroristic language in tweets , it make used of  machine learning, deep learning and natural language processing to filter out  offensive content. The company discover and band  300,000 terroirs  link account, 95% of which was  found by not human AI machine.

The google predictive search is one of  the most famous AI application s. when you begin typing such term and  google make some recommendation for you to choose from , that is Artificial intelligence in actions. Predictive searches is base on data ,that google collect about you, such as you age, your location and other personal information. 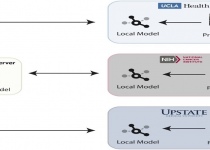